Presence is the feeling of being physically and spatially located in an environment. Presence is divided into 2 types:

Presence is achieved when the involuntary aspects of our reptilian corners of our brains are activated. There are four components relevant for feeling present:

The most relevant component from the technical aspect is the first one. This part of presence can be broken down into three broad categories, listed in order of most important to least important for their impact on creating presence:

The sense of presence is not only important to VR experiences, but equally so to immersive AR experiences. To achieve Presence in Augmented Reality, seamless integration of virtual content and physical environment is required. Like in VR, the virtual content has to align with user's expectations. For truly immersive AR and in particular MR, it is expected that users cannot discern virtual objects from real objects.

Also relevant for VR and AR, but in particular AR, is not only the awareness for the user, but also for the environment. This includes: 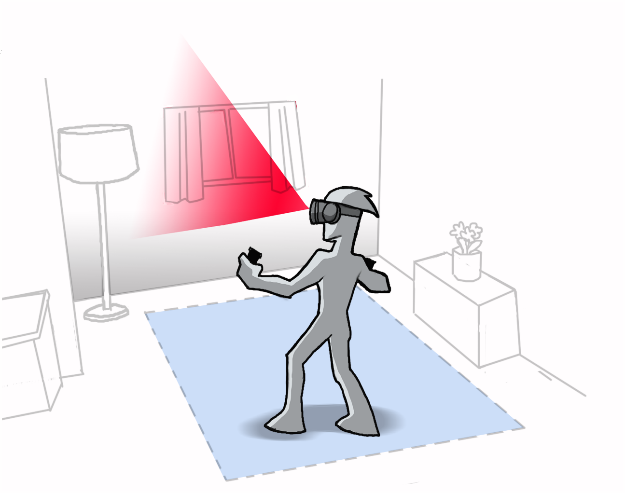 For AR, to obtain an enhanced view of the real environment, the user may wear a see-through HMD to see 3D computer-generated objects superimposed on his/her real-world view. This see-through capability can be accomplished using either an optical see-through or a video see-through HMD.

The four following categories are considered with respect to roundtrip interaction delay: