Extended reality devices are of different form factors as shown below. These form factors may differ in processing capabilities, communication types and power consumption. 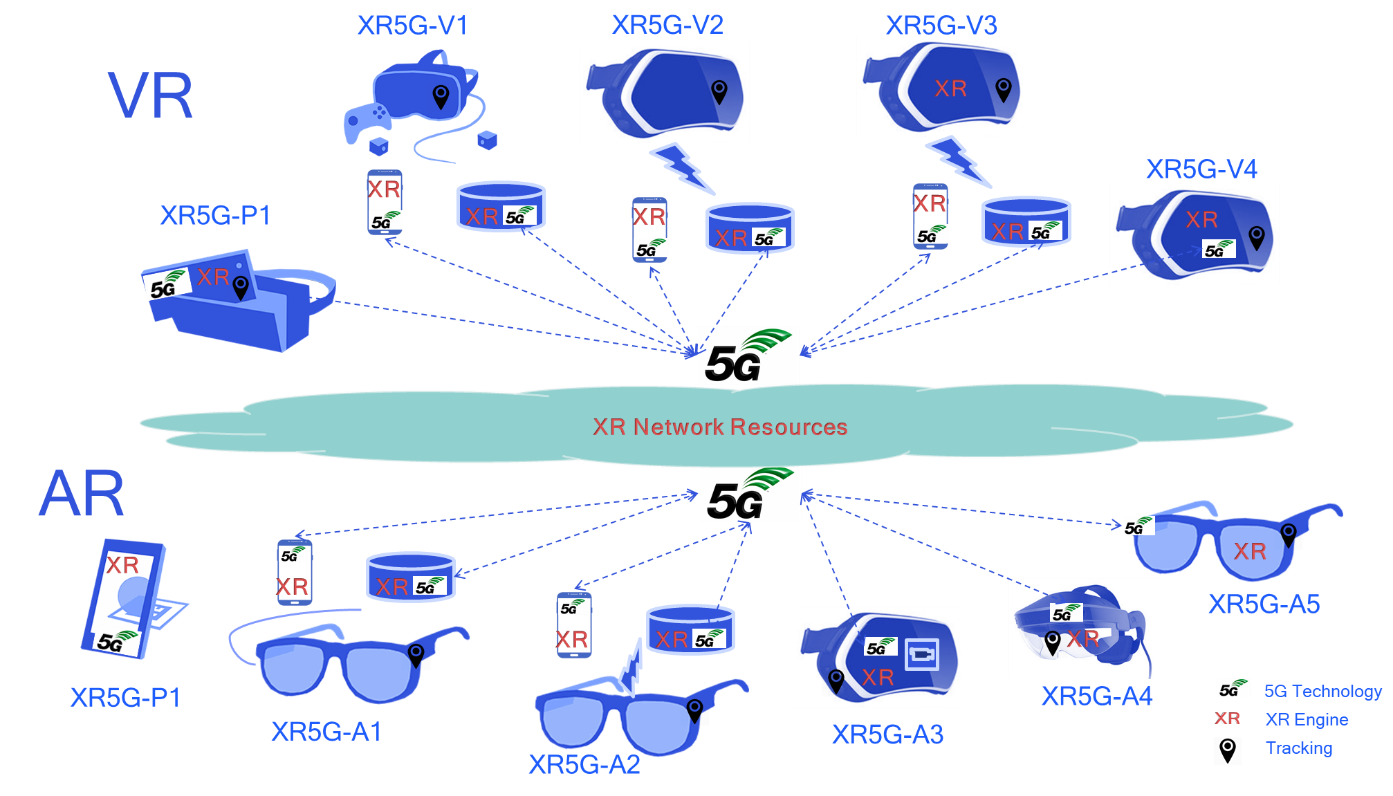 The majority of Virtual Reality (VR) and Augmented Reality (AR) devices are head-mounted displays (HMDs). In AR, the display is usually transparent and digital information is superimposed onto real life objects. In VR, the display is not transparent and only virtual information and images are displayed in front of wearer's eyes. Head-mounted display ( HMD) is a device worn over the head. It features a display in front of one or both the eyes. The display streams data, images and other information in front of the wearer's eye(s). Certain HMDs have displays over both of their users' eyes, others only have a display over one of the users' eyes.

Typical components of HMDs are listed as follows:

smartphone (defined as XR5G-P1 device type) may be used both for AR as well as for VR (together with a card-board). In both cases, typically an XR engine/runtime is available to support processing of sensor data, viewport rendering as well as SLAM processing. In this case, the 5G modem and all media/XR processing is integrated in the device. Power consumption of such devices is important, but not ultimately critical due to the onboard battery.

VR HMDs typically provide the a large field of view, stereoscopic 3D imagery as well as rotational, translational and positional tracking for full 6DoF experiences. For VR, the following device types are identified:

For AR Glasses, design constraints are significantly more important. In particular, design constraints apply in terms of sleekness, weight and power. The processing power is expected to be low to avoid battery consumption and thermal dissipation. Wireless AR glasses are commercially compelling. AR is typically associated to using glasses, also referred to as optical see-through. However, AR experiences may be achieved using HMDs with video-see through functionalities. The following device types are identified:

One of the most important issues when considering form factors and processing is the ability of the device to dissipate power, especially when no external cooling is available. Figure below shows the temperature rise depending on the surface power density. As example, two points on the figure can be considered: 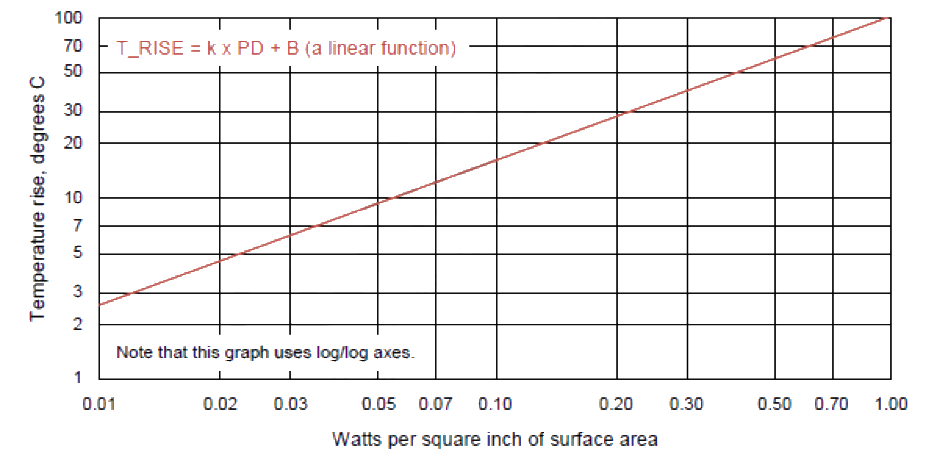 A summary of the different device types is provided below along with tethering examples, placement of 5G Uu modem, XR engine and localization support, power supply and typical maximum available power. In all device types, the sensors are on the device. The table also addresses the options applicable for tethering between the device carrying the 5G Uu Modem, and the XR device, if applicable. The table also addresses options for the XR engine that includes scene recognition and viewport rendering. The following definitions for the XR engine are used: 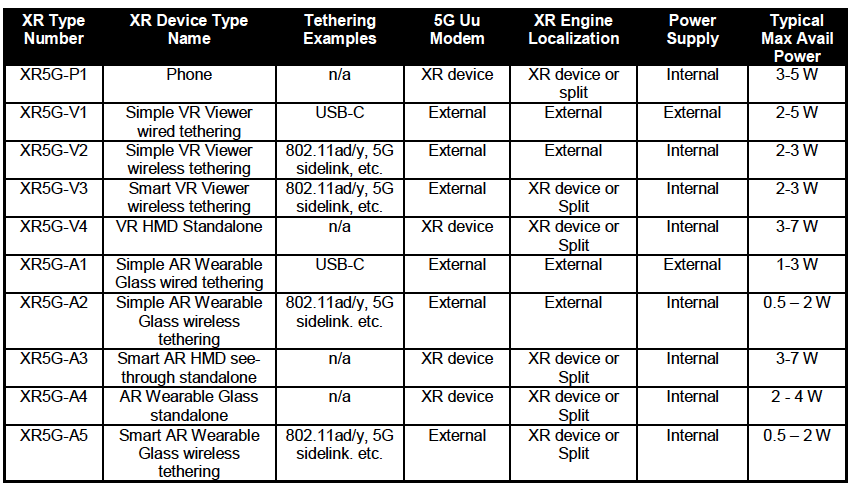 When designing media processing, XR functionality and 5G connectivity, it is important to understand the power consumption of different components that are possibly integrated in XR devices. The following should be considered:

It is expected that each of the components will undergo improvements to address power savings. It is important that in the development of technical specifications of XR devices, the power consumption of each component is considered.