A PRACH is transmitted using the selected PRACH format with transmission power PPRACH,b,f,c(i), on the indicated PRACH resource.

How to map SSBs to valid PRACH occasions

SS/PBCH block indexes provided by ssb-PositionsInBurst in SIB1 or in ServingCellConfigCommon are mapped to valid PRACH occasions in the following order:

For the indicated preamble index, the ordering of the PRACH occasions is

How to decide if a PRACH occasion is valid

For paired spectrum or supplementary uplink band all PRACH occasions are valid. 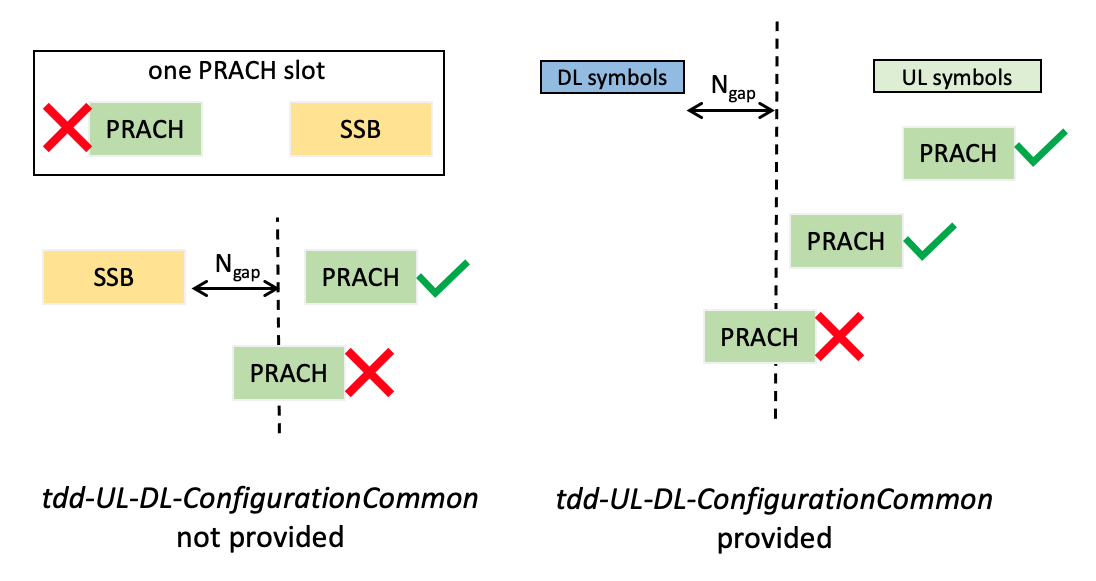 When to transmit PRACH after PDCCH order

If a random access procedure is initiated by a PDCCH order, the UE, if requested by higher layers, transmits a PRACH in the selected PRACH occasion for which a time between the last symbol of the PDCCH order reception and the first symbol of the PRACH transmission is

What happens if PRACH collides with PUSCH/PUCCH/SRS

For single cell operation or for operation with carrier aggregation in a same frequency band, a UE does not transmit PRACH and PUSCH/PUCCH/SRS