To understand the basics of OFDM, let's start with the Fourier tranform pair of a rectangular function and a sinc function:

Below is what we know:

The idea behind OFDM is to sum multiple sine waves with frequencies of and fixed duration of . In frequency domain, each windowed sine wave corresponds a sinc wave centered at , with null-points at . I.e., every two sinc waves are orthogonal in frequency domain, there is no inter-carrier-interference (ICI).

This toolbox demostrates a 64-point FFT with subcarrier spacing of 15kHz. The OFDM symbol duration is 1/15K = 0.067 ms. It contains 4 subcarriers at different frequency positions, which are controlled by k0 to k3.

Note: this example is just to demonstrate the orthogonality and the different frequency components of the OFDM signal. Normally, an OFDM signal will be created using IFFT instead.

Cyclic Prefix (CP): what and why

When the OFDM signal go through a time dispersive channel, it gets spreaded in time domain. Thus, if two OFDM symbols are sent back to back, the former symbol will interfere with the latter one. This is commonly known as the Inter-Symbol-Interference (ISI).

The Cyclic Prefix (CP) is a guard time made up of a replica of the time-domain OFDM waveform. The purpose of CP is to combat ISI and inter-carrier-interference (ICI):

Figure below shows the impact of using CP (the bottom subplot) to remove the inter-symbol-interference. 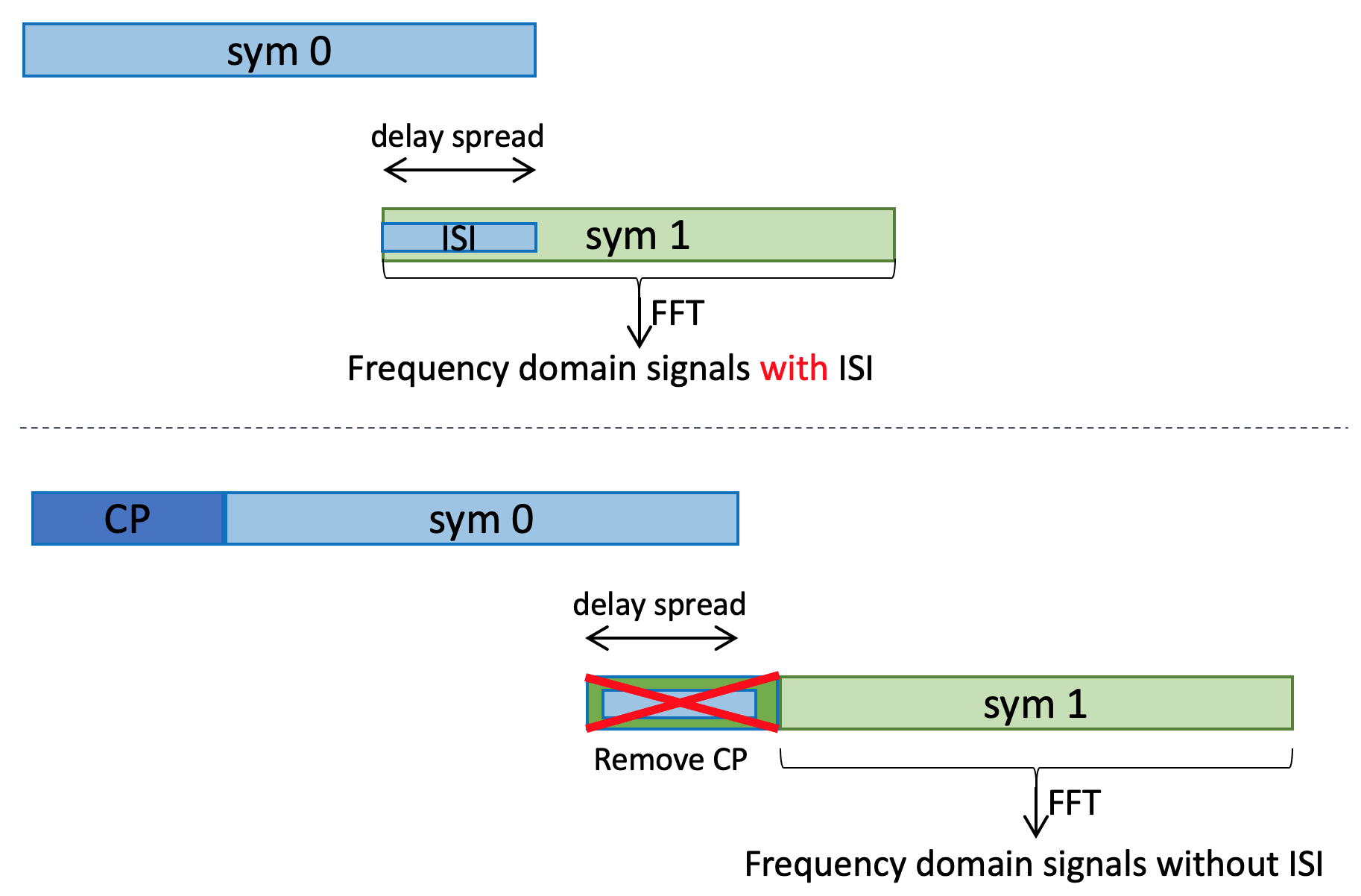 This toolbox demostrates the impact of RF impairments to OFDM signal.

Let's take a look at the N-point IDFT equation:

A live-example of using IFFT to generate OFDM signal in 5G NR can be found at OFDM in NR.