In radio communication, multipath is the propagation phenomenon that results in radio signals reaching the receiving antenna by two or more paths. Causes of multipath include atmospheric ducting, ionospheric reflection and refraction, and reflection from water bodies and terrestrial objects such as mountains and buildings. 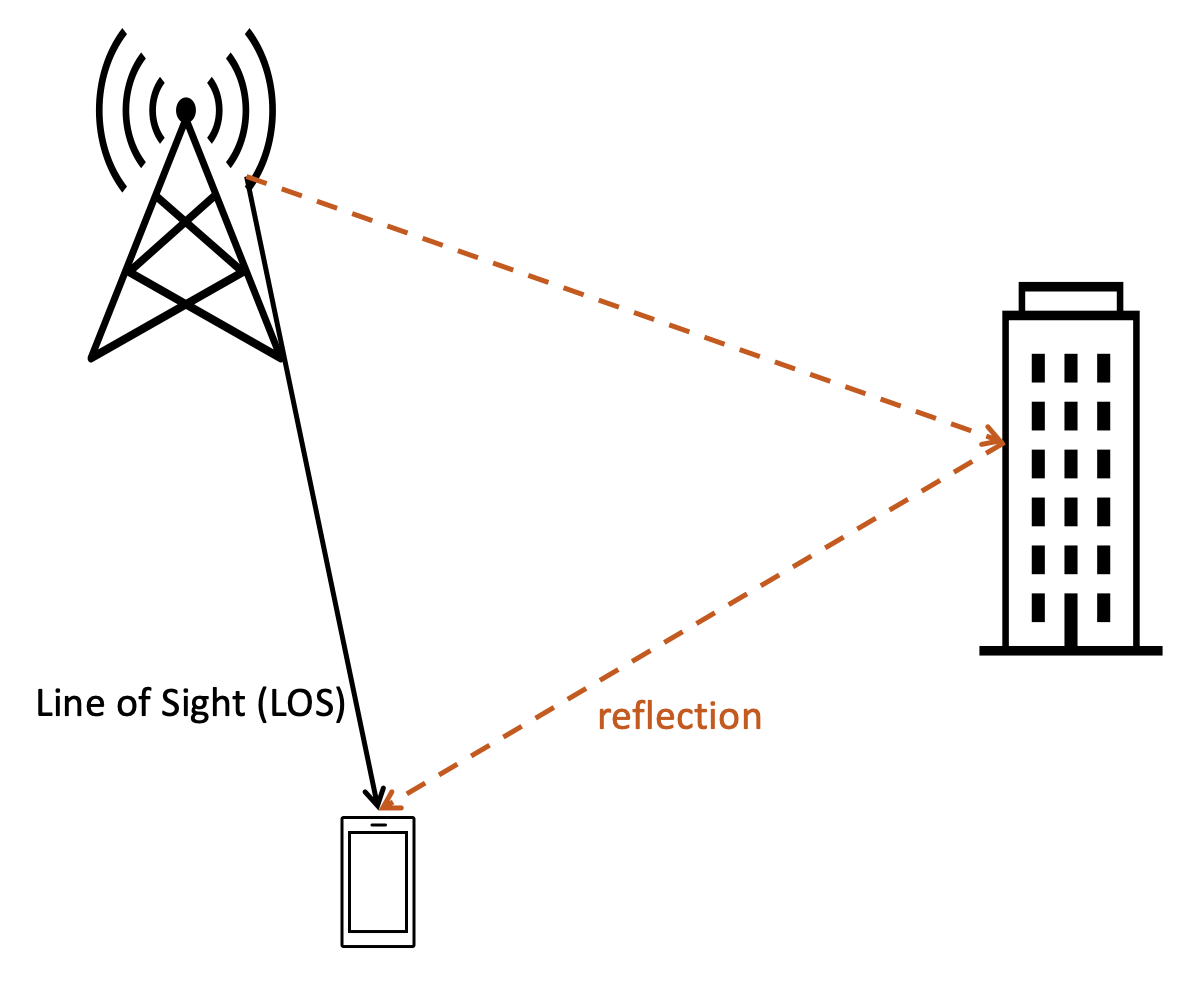 An example of multipath with two composing signals

An example of power delay profile is depicted below [ref]: 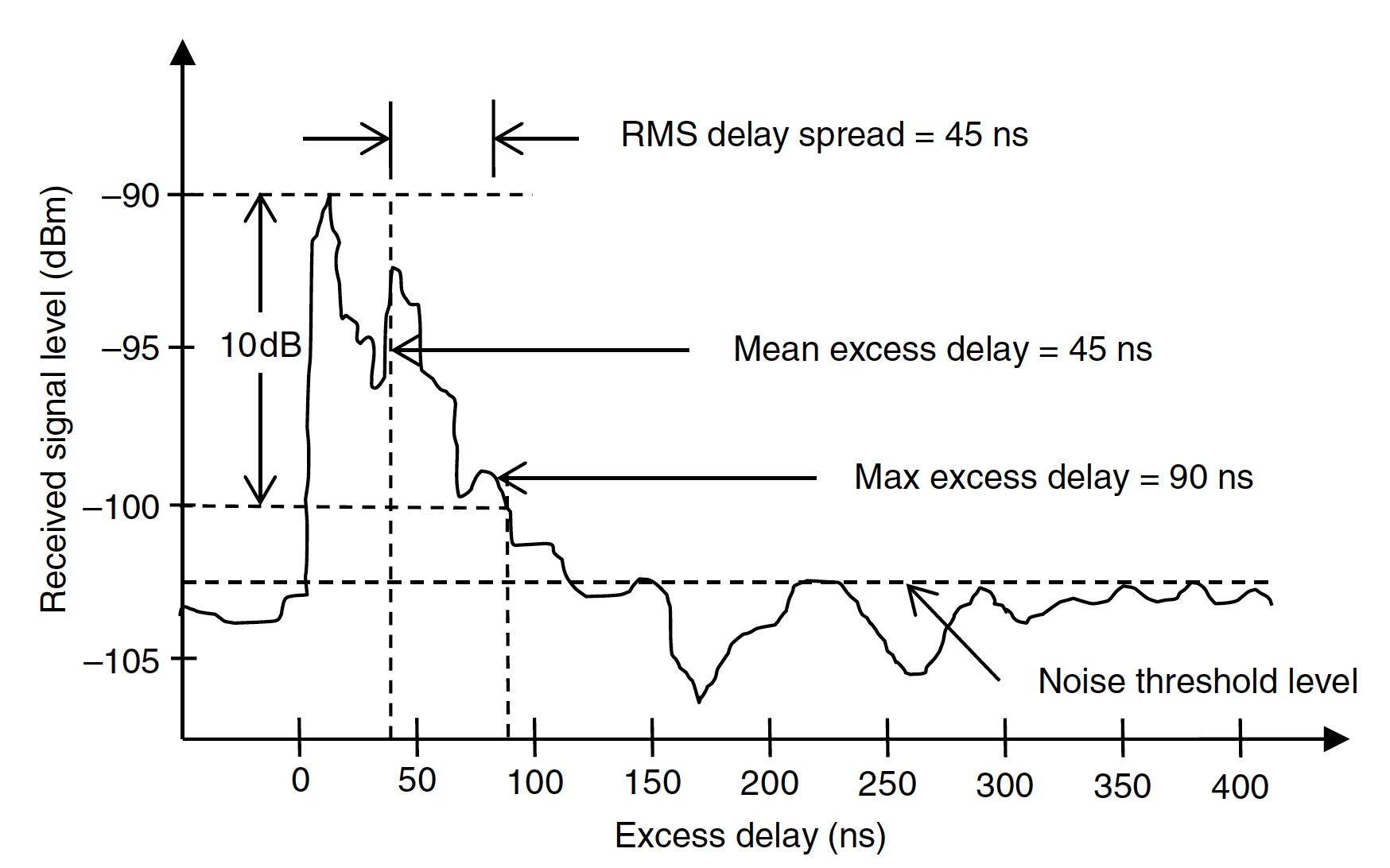 Doppler shift is the change in frequency of a wave in relation to an observer who is moving relative to the wave source. It is named after the Austrian physicist Christian Doppler, who described the phenomenon in 1842. The Doppler shift is calculated as followswhere

coherence time is the time interval over which a channel impulse response is regarded as not varying.

The coherence time (Tc) is inversely proportinal to the Doppler spread. For correlation > 0.5:

Depends on the chherence time and the duration of the symbol, the wireless channel can be classified as: